My Artwork
Updated 23 September 2019
Introduction
When I was 10 years old in 1960, I had a passion for art, and I painted mainly portraits. I attended art classes each Saturday morning at King Edward Technical College, Dunedin, for three years starting with a one year pottery class which included clay modelling of busts. When I enrolled at Bayfield High School in 1963 in the 3rd form, I was told I wouldn’t be able to remain in the academic stream if I were to include art as a subject for School Certificate in the 5th form. A compromise was to remain in the academic stream while taking a one-hour-per-week art class as an interest subject. At High School I developed a strong interest in the sciences. When my art classes discontinued after the 4th form, I didn’t continue with art in my spare time. Competitive swimming had become my main passion. After graduating with a BSc in 1974 majoring in physics, I enrolled in the Auckland Architectural School with the goal of becoming a research architect. Drawing at the Architectural School was taught by Pat Hanley and Claudia Pond Eyley. During these classes I was frustrated at my lack of sketching skills. Although my mind’s eye had matured over the years since my last oil painting in 1964, my sketching skills had not developed due to lack of practice and did not match my expectations. I also found that I wasn’t always in the mood or motivated to sketch buildings.

In 1984 I drew a portrait of my daughter using oil pastels for the first time. This portrait was my first artwork since 1964. I found that blending colours using oil pastels was OK, but details were difficult to achieve due to the lack of a sharp point. I can’t remember what happened to this portrait. I didn’t do any further artwork until 2008 and 2009 when I completed three portraits using pastels for the first time. There was another 10-year lapse in my artwork activity until 2019 when I made a start on digital art using ArtRage. My diary in reverse chronological order below logs my progress and comments since 2008. 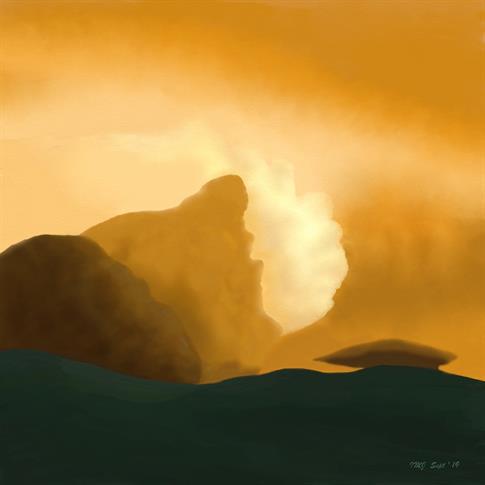 Evening Clouds (ArtRage)
23 September 2019
Getting used to blending colours. There are many settings to experiment with to establish which approach is best for me.

Swan (ArtRage)
24 August 2019
My first ArtRage painting using my desktop computer version of ArtRage. I found difficulty blending colours on the swan. Later on I found out that I hadn't switched on the Natural Blending option. 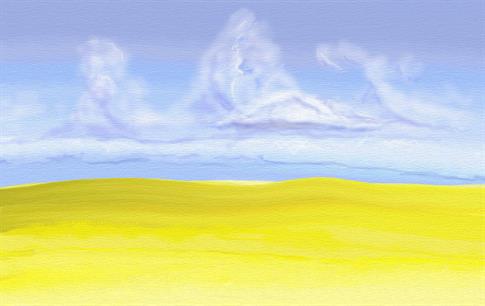 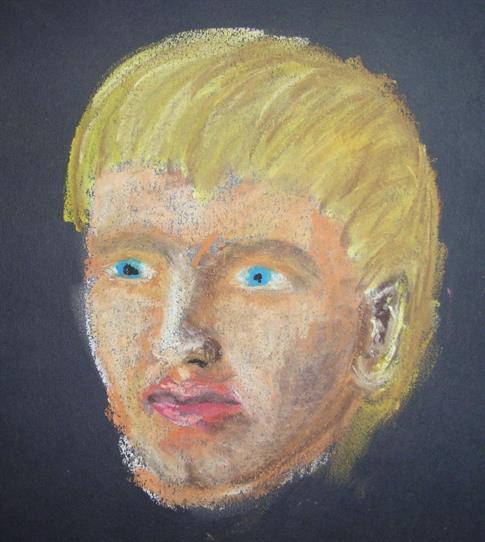 Portrait (Pastels)
May 2008
My first ever pastel drawing. No guidelines or pastel pencils. Fixing using hairspray sand blasted the drawing and removed multiple layers of pastels.
In 2019 I found out that using a hand pump aerosol avoids damage to pastel drawings and that a fixative of SpectraFix avoids darkening of pastels.
×
IVAN JOHNSTONE'S PROJECTS